Fear is part of life. It’s natural to be afraid of the unknown. We tend to overthink about possible outcomes that , most of the time, never happen. Personally, I have years of experience with this type of fear. I have spent many years ” on the fence” between living the life that I was taught I was supposed to be living and living life on my own terms. It took me potentially facing ALL of my worst fears at the same time! Life as I knew it was shattering before my eyes and I felt as if I could not do a damn thing about it. I couldn’t get a break. I kept waiting for life to get easier, but each day came with one challenge after the other. I had just lost my job.My marriage was failing . I was broke and facing homelessness. To top it all off, I was depressed to the point of being suicidal. I felt like the poster boy for failure.It felt like the end of the world. It wasn’t. It was only the end of the world as I knew it.

It is never the end of the world

It might seem like it at times. Perhaps , you might even want it to be so that you might finally experience some form of  peace. I remember , at times, lying down to take a nap only to wake up gasping for air. I was having panic attacks. It was like my mind and body were constantly asking “Damn,what’s next?!!”. I wanted to be out of the situation that I was in, yet I was afraid to move forward. I began to anticipate more challenges. These thoughts temporarily consumed me… temporarily. Each day I felt that I was walking on egg shells anticipating the next “defeat”. After a while, I became calloused. I had started to develop thick skin. Although I still felt afraid, I had become comfortable being uncomfortable. I had to move forward with the fear. I learned to manage it. I figured out that it is never truly the end of the world. The next day will come. Besides , if it didn’t come, whatever else was in front of me ,at that moment, I would still need to deal with anyway. Other than that realization, I decided to keep moving forward.

What is the worst that can happen?

Consider the worst case scenario. We are more resilient than we tend to give ourselves credit for. Human beings can go through some pretty heinous situations and bounce right back. In many cases, we come back stronger and wiser due to the experience. As we are going through it, it might seem unbearable. Some how, some way it works out. At times, it seems like a blur because it is just that painful. Nevertheless, we get through it. There are countless stories of individuals who have overcome seemingly insurmountable odds to become phenomenal successes in various fields. They end up being trailblazers. I am willing to bet that each one of them experienced fear. They might have allowed themselves to doubt for a moment, but they never stayed there.

I have concluded that every problem has a solution. I might not know what it is at that moment, but I am certain that there is one. I have learned to acknowledge fear without allowing it to define me. I will not allow anything or anyone to determine my self worth or potential. I will be mastered by nothing. Fear has to keep up with me. Never allow fear to cripple you. It might seem as if you have no control over your circumstances, but you damn well can develop mastery over your emotions. Your emotions determine your actions. You define who you are as well as who you are becoming. As long as you are breathing, the next day will come. Be determined to grow from your current circumstance. On to the next adventure..

Stop worrying about what other people think

You can’t base your life decisions on what other people think you should do. I am not implying that mentors are not beneficial, but , ultimately, you have to make your own decisions. As I wrote earlier, most pioneers of any industry had to have the courage to follow their own “gut” intuition and create their own plan. This doesn’t mean that they didn’t require help, at certain points, to achieve their goals. The implication is that they took responsibility for fulfilling their own destiny. In many cases, they faced harsh criticism form the naysayers and “experts”. Nevertheless, they remained devoted to the realization of their vision. In the end, their courage, faith , commitment and work ethic paid off. They became astonishingly successful. They silenced all of the naysayers and retired the “experts” becoming the new authority in their field. Many of them literally changed the world with their ideas, products and services. If others don’t support your dream, don’t get upset. It’s YOUR dream. They will see it when it is realized. Learn to use criticism as fuel for fulfilling your greatest vision. Always dream BIG. You might end up surprising yourself. 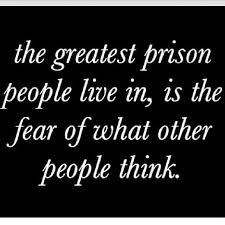 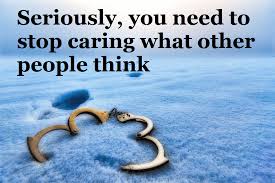 Enough said. Until next time…. 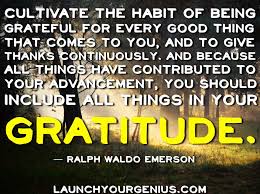 There is no growth without challenges. As human beings , we are designed to evolve. Overall, as a species,we are not meant to stay stagnant. We evolve as a means of adapting to changing circumstances and environments. More times than not, it is deemed necessary for us to change in order to adapt to our new situation so that we can thrive within it. It can be uncomfortable. For this reason, in order to consistently grow , we can each benefit from becoming comfortable being uncomfortable.
Anyone who has experienced true success in life did so after overcoming seemingly insurmountable challenges. As a result, they became wiser and more focused. Challenges serve us because they help you to realize what is most important to you. I reflect back on my struggles, especially the ones that I have experienced in the past 4+ years. They have both shaped my character while simultaneously solidifying my life vision. I am better because of them. I went from homeless, depressed(suicidal) and unemployed to Motivational Speaker, Author, Life Coach and Entrepreneur. I’m not done yet. 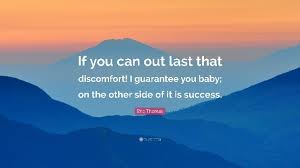 Through my challenges, I realized that it is never , ever truly the end of the world. It is only the beginning of a new one. Life never stops only life as we knew it does. Neale Donald Walsch, author of the Conversations With God Series,  while inquiring with God about the reason for challenges was told, “I have sent you nothing but angels.”  The bible teaches that angels were created to be both  messengers for God and to serve humankind. Everything that appears in our lives comes to “serve” us in some way. It is a matter of perspective.

As a disclaimer, contrary to the language that I am using in this blog, I am not religious. I am simply using religious terms that I believe a good number of us might have heard before whether through our parents, grandparents, television, church or otherwise in order to make a point. The term “angels” can refer to messages , positive or negative, that we believe about ourselves, others or our world. The term “God” doesn’t necessarily refer to a being outside of us. I believe that each of us represent unique aspects of the whole including everything around us both “things” seemingly inanimated as well as animated. Nothing is truly separate from anything else. We are one. We are each a creator as well as being one with the creator. Again, this is my opinion. Don’t worry. I am not trying to “convert” you. I’m just saying..

In conclusion, I have come to the the realization, that each situation that I find myself in is a blessing.  When I use the word “blessing” I am referring to the fact that , ultimately, I look for what I deem is  the greatest good in whatever experience I find myself going through at that particular moment.Through each circumstance, I have learned to ask God to show me the lesson so that I can become more like Him. I have never been disappointed. More challenges leads to more growth. With more growth, I become more prepared for my purpose here on Earth. I believe that we each have one . Until next time.. 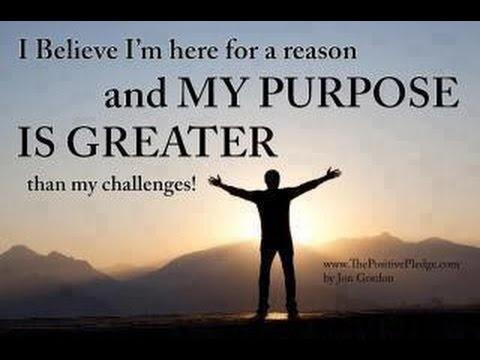